Let’s Get Real. Are Bunk Beds Dangerous? Yes, if…

Bunk beds can definitely be dangerous. I am a bunk bed reviewer, I am not a hater of said beds, but I don’t like to lie and say that whatever bunk bed you get, will be perfect for you.

I’ve probably ridiculed more bunk beds than anyone in the world, so if something isn’t right, I will say it. I’ll go into details as to why later down the line, but before that, let me give some statistics.

What do the statistics say?

Most current publishers, when talking about bunk bed safety, rely on a PubMed database which was released in 2008. It talked about the period between 1990 and 2005 in the United States, and that there have been around 36,000 bunk bed-related injuries.

Recent publishings (2022) in the National Library of Medicine, however, go a bit deeper on the topic and show the percentages with their own analyzed findings between 2014 and 2021.

Then, I would like to see the reason for the injuries, and luckily, they have the information about that as well.

Falls from bunk beds were the most common mechanism of injury (82.7%), while the remaining injuries were caused by falls from the ladder (8.6%) or jumps (8.6%) from the bunk bed.

What does this all tell us then?

It tells us that bunk beds are most suited for ages 6 and up since most of the hospitalizations have occurred for ages of less than 3 and 3 – 5.

It also tells us that there haven’t been as many if any, strangulations (falling between the rail cracks) and that most injuries occur because of falls from the top bunk.

What can I do to ensure bunk bed safety?

I’ll list many of them. But since you probably won’t remember all of them, let me highlight at least 4:

1. Have a good way of climbing.

The best are the stairs, of course. Stairs usually add about $200 dollars to the price, but that means getting up and down is significantly easier and safer.

If you can’t afford bunk beds with stairs, get a bunk bed that has a diagonally placed ladder. It isn’t for climbing up as much, as it is best for climbing down. When you climb down with a ladder that is pointed straight down, it’s a lot more awkward to get down, and a child can accidentally fall, especially when the legs have that morning weakness.

With diagonally places ladders, these problems are reduced.

If you have children and you plan on getting a bunk bed for them, it is needed to put down some ground rules.

As we saw in the statistics, most get injured by falling from the top bunk. If the rail guards are in place, the only way to fall is by fooling around on the top bunk.

So as soon as you get it, just talk to your children and make them aware of the dangers and tell them not to play when being on the top bunk.

Safety rules and guidelines need to be vocalized.

Starting from the mattress top, it’s good to have at least 5 inches of guard rails, so that when you sleep, you don’t accidentally fall off.

There is a caveat though. SOME mattresses are quite thick, meaning they will be too high and that leaves a lot less space for the safety rails.

Because of that, for a top bunk, I usually recommend a 6-inch or 8-inch mattress.

4. On the top bunk there should go someone older than 5

As you see on the statistics, most fall injuries have come from children younger than 6. They don’t have the balance and the risk assessment totally down, so obviously they may fall from the top accidentally.

If you still want to have a bunk bed for your younger children, get a bunk bed that is called a “low bunk bed”. They are built low on purpose, which means they have no trundle area at all, and they usually have a lowered headspace.

I’ve said this time and time again, that if you buy yourself a bunk bed with stairs, be careful of the drawers.

Oftentimes, manufacturers build the drawers on the steps themselves, and they open from the front! In my opinion, it’s a mistake because children can easily step on an open drawer at night, and accidentally fall down.

So, if you also have or plan to have that kind of bunk bed, make sure that its drawers open from the sides, and if they don’t, teach your kids to always close them before sleep.

By the way, on the topic of guard rails, mattress pads also raise the bed.

We sometimes forget about the little things (like I just did to mention before), so if you bought them to either make the bed comfier or so that you don’t have to clean the mattress, keep that in mind.

If you do have it, a 6-inch mattress is the best in this situation.

7. Guard rail gaps should be less than 3.5 inches

It doesn’t have to be exactly 3.5 inches, but it’s a good placeholder number. If you want an exact number to be sure, find out how big is your child’s head in diameter, so that he/she can’t stick their head through.

That will prevent accidental strangulation.

8. Use guard rails on both sides

Another way one can accidentally get strangulated is by falling on the other side. There, the danger is more between the wall and the bunk bed.

If we were to put/keep a guard rail there as well, we would eliminate falling through the cracks.

Children wiggle a lot during sleep, so it’s best they wiggle within a confined space.

9. Use Night Light to light the way

Rarely do children turn on the light to light their way down. And unfortunately, that’s where the accidents happen.

To counteract that, help them! Install a night light, that either has a switch at a very convenient place or just works at night at specific times. If it’s the ladder, it better be very ambient and non-intrusive to the eyes.

With stairs, it’s not that big of an issue because the stairs themselves are very sturdy and in place.

They can either break under constant pressure (that happens with low-quality bunk beds) or they just lost their position and the rungs start to rotate.

The last issue is actually something that I’ve experienced in my childhood many times.

I’ve stepped on the rungs, and all of a sudden I lose my step because the rungs rotated with me, so I go down with a bang. Since I was quite light, nothing happened to me.

Slats are these wooden planks that hold the mattress.

Out of all the breaks within a bunk bed frame, slats have actually broken the most.

That happens when the weight capacity is on the low side (cheaper bunk beds) and when someone bounces on them, they just brake. The fall is usually very comfy because you’ll have double two mattresses underneath you, but it will definitely scare a person.

Again, it happens very rarely, but it’s a good thing to keep in mind when the weight capacity is exceeded (for a low-end bunk bed it’s usually around 225lbs).

12. Some bunk beds may not meet federal safety standards

I wouldn’t say there are many bunk beds like that in official stores, but if you see them in schools or summer camps, chances are that they are not very good.

If you think that they aren’t good as well (you can check them) talk to the school administrator and voice your concerns. They should be quite forthcoming with issues like that.

13. Keep the bunk bed away from ceiling fans

I imagine that you know why it’s best to keep them away from fans. If they get too close to the ceiling fan, they can bump their head, and although it’s not life-threatening, it still hurts a lot.

14. One person per bunk bed

Depending on the size of the bunk bed, and what the weight capacity measurements are, you might want to limit how many people sleep on it.

Not only is it more dangerous to fall when playing around, but the bed also might not handle the extra weight and everyone might fall to the ground.

If you want a bunk bed with the highest weight capacity, check out this article.

15. Don’t keep lots of objects around the bunk bed.

This is more for moments when a person is already falling from the top bunk. So to mitigate the dangers, it’s better to clear the space around it.

Any sharp objects like the corners of the table, or toys can worsen the fall, should the fall be unfortunately angled.

Depending on the user manual difficulty, it should take you about 3 hours to assemble the bed.

However, if you find the instructions as difficult as learning Chinese (because some are really ridiculous), take your time and don’t rush it.

You taking an extra 1 or 2 hours to really understand how it should be built may make a difference not only in safety but in noise as well (some squeak when not properly installed).

This is it. If you have any other tips for safety, or just comments in general, leave them down below!

Please consider sharing. It helps me out A LOT!

*Disclaimer: This content is reader-supported, which means if you buy from my product links, I may earn a commission at no additional cost to you. 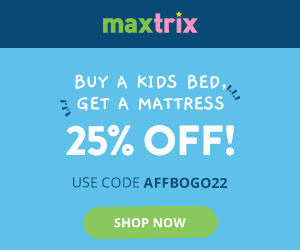 Type to search or hit ESC to close
See all results
We use cookies on our website to give you the most relevant experience by remembering your preferences and repeat visits. By clicking “Accept All”, you consent to the use of ALL the cookies. However, you may visit "Cookie Settings" to provide a controlled consent.
Cookie SettingsAccept All
Manage consent

This website uses cookies to improve your experience while you navigate through the website. Out of these, the cookies that are categorized as necessary are stored on your browser as they are essential for the working of basic functionalities of the website. We also use third-party cookies that help us analyze and understand how you use this website. These cookies will be stored in your browser only with your consent. You also have the option to opt-out of these cookies. But opting out of some of these cookies may affect your browsing experience.
Necessary Always Enabled
Necessary cookies are absolutely essential for the website to function properly. These cookies ensure basic functionalities and security features of the website, anonymously.
Functional
Functional cookies help to perform certain functionalities like sharing the content of the website on social media platforms, collect feedbacks, and other third-party features.
Performance
Performance cookies are used to understand and analyze the key performance indexes of the website which helps in delivering a better user experience for the visitors.
Analytics
Analytical cookies are used to understand how visitors interact with the website. These cookies help provide information on metrics the number of visitors, bounce rate, traffic source, etc.
Advertisement
Advertisement cookies are used to provide visitors with relevant ads and marketing campaigns. These cookies track visitors across websites and collect information to provide customized ads.
Others
Other uncategorized cookies are those that are being analyzed and have not been classified into a category as yet.
SAVE & ACCEPT